You have goals for your public speaking or presentations. Whether you want to become more confident, engaging or influential, I can help.

My name’s Sarah Denholm, I’m based in Melbourne, and I’m a speech coach, trainer and consultant. I do public speaking and presentation skills coaching throughout Australia and beyond.

I also have a small group of consultants who come on board for bigger projects.

If you have something to say (or are employed to do so), and want to become comfortable, engaging and persuasive in front of groups, I could well be the right coach for you.

Learn how to increase your influence and impact when you communicate: whether that’s a conference keynote, small group meeting or 1:1 client appointment. 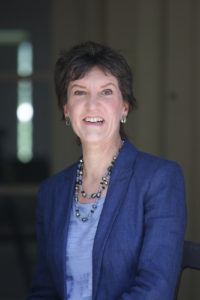 About us: Sarah Denholm and Improve your Public Speaking

After years of struggling with performance and public speaking anxiety (see my story below), I’ve learned what’s needed to prepare and perform at your best in front of an audience.

I originally trained as a professional Classical pianist, which – believe me – hones your skills on stage in front of audiences of any size. Appear unprofessional – whether that’s playing wrong notes, being unprepared, or not connecting with your audience – and your reputation and career nose dive. So it’s the perfect learning ground for a public speaker! 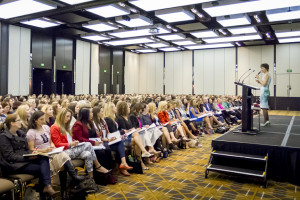 I’ve performed at a high level in venues such as the Purcell Room, Southbank, London (as a Park Lane Group Young Performer of the Year).

I also have over 70 recommendations on LinkedIn: view my profile here.

My struggle with performance anxiety as a musician

During my six years at music college in the U.K. I suffered from performance anxiety. The competition and pressure was intense, but I coped – until chronic and disfiguring severe eczema took over my whole body. I deteriorated until I had to be hospitalized – twice. At one point I didn’t leave the house for three months – my world couldn’t have shrunk any smaller.

When I resurfaced, not cured but improved, I had a problem. My previous slow decline while I was still performing, plus time away from the world, had made my performance anxiety overwhelming, and I could barely get on stage. I was self-conscious, worried about what the audience were thinking of me, and couldn’t keep my focus on the music; I had to do something or lose my career.

So I took six months off to backpack around the world on my own (challenging for a shy introvert!). After meeting a man from Melbourne, I moved to Australia and started a new life as a pianist. And I found my performing anxiety solution: learning how to speak in public. I started as a very nervous speaker, trying to speak to audiences at concerts. My voice shook, and I couldn’t look at people face-on, but swung my gaze from side to side, like I was watching a tennis match! I decided to do something about it.

I joined a club and found that with specific tools – and practice – I actually began to enjoy public speaking! In fact after one year, I was runner-up for the state of Victoria in the Rostrum national speaking competition.

I then became passionate about helping others to communicate well in front of groups or in social situations which made them nervous, such as networking events or client meetings. Workshops were the next step, using researched tools to help people with public speaking and performance anxiety.

I now help others through a combination of techniques learned as a performing musician, speaker, long-time devotee of meditation, and keen researcher of the latest neuroscience into effective communication skills.

Hopefully this has given you some background and insight about us: Sarah Denholm and Improve your Public Speaking

Learn more about my workshops,  classes and coaching…

Recent media interviews include in the business and career sections of The Age Melbourne, Sydney Morning Herald and ArtsHub Australia; Exemplar Magazine; Your Next Chapter podcast (Nov. 2019).

Connect to Get Fresh Blog Updates

"Amazing course; I developed & learnt skills that I can continue to use and master in the future..." Clare Hassett Photographer More...

Today let's think about public speaking for beginners. Practice, belief and ability: how do they work when you're … END_OF_DOCUMENT_TOKEN_TO_BE_REPLACED